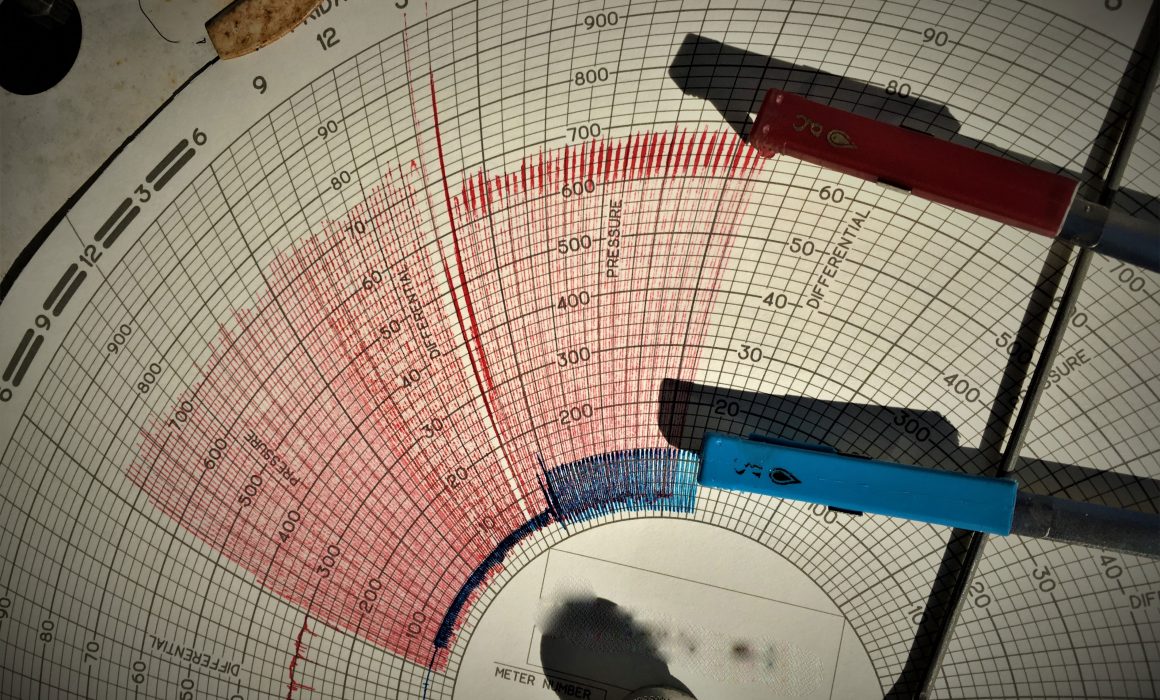 How Do You Overcome Measurement Issues on Backside Injection and GAPL Jobs?

We set a compressor on an older well and our backside injection system was working like a charm and now the pumper was calling me mad as hell!  “Can’t read the chart!”  What?  I was ready for a congratulatory phone call but instead we were headed to the woodshed!!

Ok it was a Barton chart and many times in older fields they don’t want to spend the money for a total flow at each well so the pumper will add and subtract from the master meter sales number to figure out what each well is actually doing. A sweeping chart can make that a little more difficult to read, I’ll give him that. But I was going to solve this problem as we were having success in unloading the well. Casing had fallen from 300 psi to under 100 psi and we had probably an 80 mcfd increase in gas sales according to my numbers plus two barrels of oil. But they were not the official numbers, those came from the pumper! Now when we are doing GAPL (Gas Assisted Plunger Lift) it is not an issue because they are usually already set up for intermitted high flow rates. 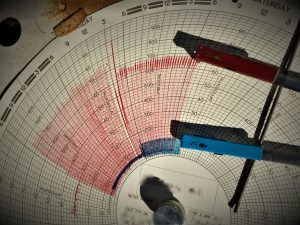 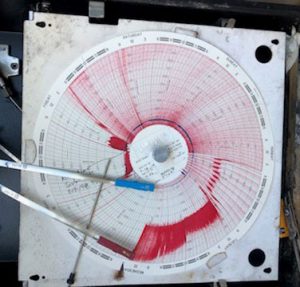 As you can see by the pictures of the charts, we tried several different solutions, we cheated a ball valve on the sales line downstream of the meter run. We started getting control but still had a sweep and now you would have to factor in increased line pressure.  We tried a few other options, cheating a ball valve ahead of the meter run, cheating a ball valve at the well but the best solution was adding a differential control pilot at the meter run to control an intermitter valve that the customer had downstream of the separator that was not in use.  This allowed the pumper to get a better read on his flow rate. Happy pumper! Happy life!

Solving problems can lead to new and better ways to do things. Seeing the pressure differential controller work has given me an idea for a possible new production strategy and I’ll need a well to test it on…